Double Tap to watch the YouTube Video on Mobile.

South Africa has become the premier hunting destination in Africa and offers Offers first-world hospitality and infrastructure. Nowhere else can such diversity and availability of animals be found at a very reasonable cost.

Getting to South Africa is easy and visitors from the United States or European Union do not require a visa. See our detailed planning and information guide for the first-time African hunter.

Hunting in Southern Africa is conducted “Safari Style,” where hunters drive around searching for plains game. When sighted, hunters stalk on foot. Alternatively, hunting is from an elevated vantage point, and a trophy is spotted in the thick brush and then stalked. Bow Hunting is from a hide overlooking watering points.

Our ALL Inclusive Packages. Seven trophies. Eight days of Hunting. 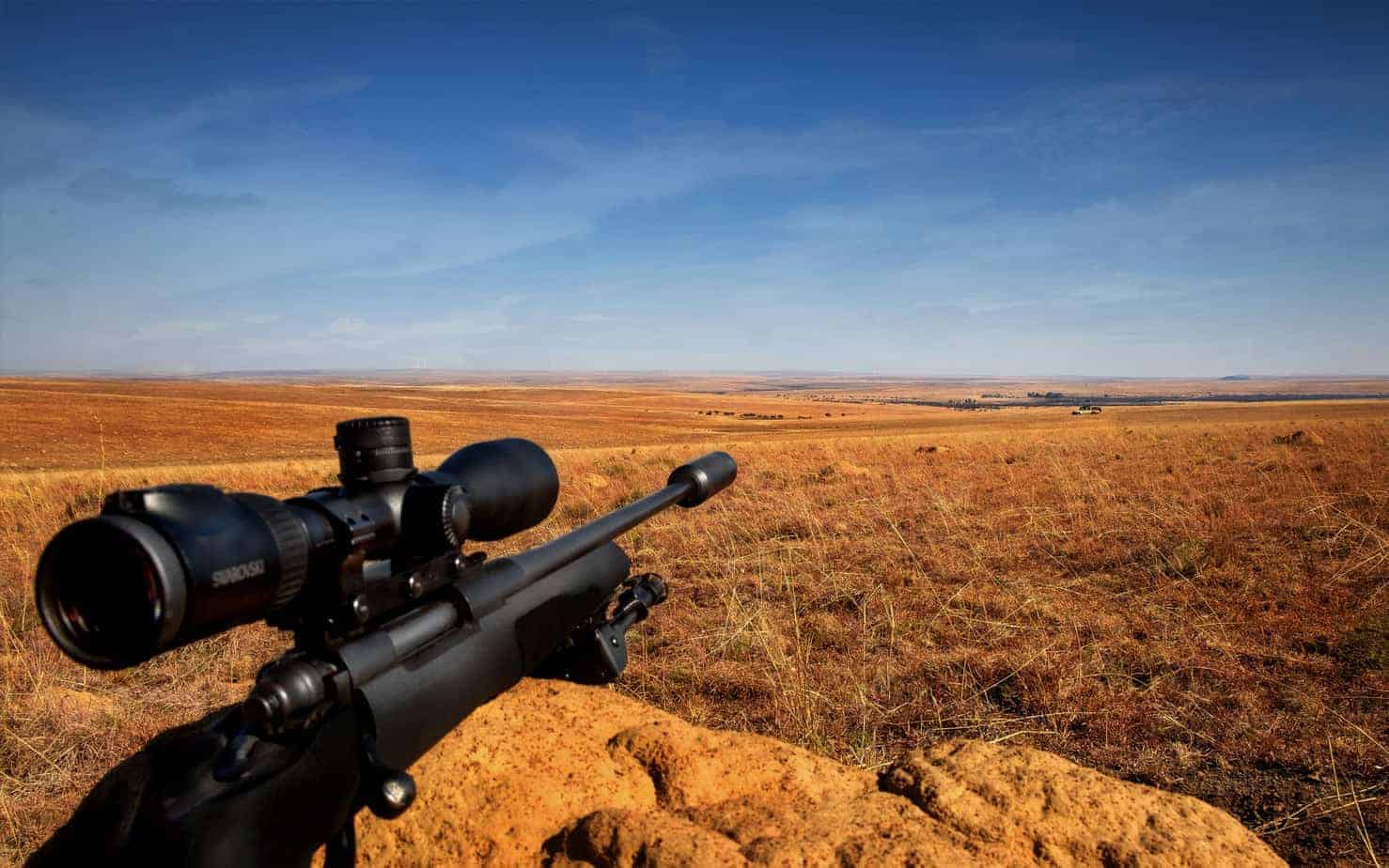 We practice Fair Chase and Free Range African hunting. Complete your Life Time dream of a Hunting Safari in Africa.

Hunting with shooting sticks is a must on the African continent.

See our article on quad shootings sticks for African hunting and a recent client experience.

Nick Bowker has a dangerous game license and offers a wide selection of Cape Buffalo packages for your African hunting safari.

“Are you considering an african hunting safari for Plains Game, are you overwhelmed and don‘t know how to choose an African Outfitter?”

Taxidermy while Hunting with Nick Bowker

We are primarily a rifle hunting outfitter. You are welcome to bring a bow and try for a few animals. However, the majority of the trophies will be shot with a rifle.

We do not put out food, control water, and have no blinds. In addition, we are low fenced and the game is free-ranging. We are a 100 percent fair chase and bow hunters will be doing a real spot and stalk.

This African hunting adventure is not for the novice bow hunter as it is highly challenging and longer shots are required. Traveling with a bow does not require any documentation or permits. Check it in as you would with golf clubs.

Blogs that have been written by my clients

“Back from superb African management and trophy hunt trip with Nick Bowker. The start was 2019 when Nick posted a 20 animal cull hunt. My buddy and I booked for March 2020. Well, we all know what happened, so we went for 2021.

Thanks to our Prime Monster, traveling was too risky. Now, in 2022 we finally put it together. My self, Great Nephew and buddy arrived on the 25th of May in Port Elizabeth, where Nick was waiting for us, and off to Bedford we went”.

“It took me nearly 68 years to determine I could actually hunt in South Africa. And it didn’t require being a millionaire to make it happen. I took eight trophies and was treated like a king.

All this for less than a guided Montana Elk Hunt. a far lower percentage of taking just one trophy class bull. Don’t get me wrong. I will never stop chasing the great Wapiti in my home state. I have 400+ bulls hanging on my wall; however, South Africa is the answer when it all comes down to the hunt of a lifetime”.

“Hunting with no fences or low fenced African hunting (meant to control sheep, not the wild game) was a priority. Nick’s hunting areas fitted the bill for our hunting party. The numbers and variety of animals blew us away.”

“I saw a posting on another website for an African cull hunt package for twenty animals. The package included five trophies and fifteen culls.

The animals in the package were Springbok, Impala, Blesbok, Mountain Reedbuck, and warthogs. I did not care about the trophies.

I didn’t know what to expect of a cull hunt. Once I saw on TV where someone had a portable shooting bench, and the TV made it look like a shoot and stack them up.

I got the impression that it was a “lesser” form of hunting. It turned out to be the same as trophy hunting. The difference being multiple tags, and your “trophy” has different characteristics.”

“An African Hunting Safari, the stories of vast lands, and a variety of many animals. In 2019 my friends invited me on a trip to South Africa.

A trip I am glad to have been part of. Nick Bowker runs a quality operation, laid back, easy-going, friendly accommodation, and great food.

From Day 1, it was “Hakuna Matata.” Morning coffee, to scanning the ever-changing landscape for trophies to be had.

A grand brunch, a good nap, great company, back to surveying the countryside for more trophy animals.

To top it off with stories and tall tales of the daily adventures, wine and dine and start all over the next day.”

“Growing up, I was an avid reader. “Green Hills of Africa” by Ernest Hemingway and “African Game Trails” by Theodore Roosevelt were always favorites.

I had a deep passion for hunting from an early age. Hunting the dark continent has always been a dream.

This last fall, I had the opportunity to finally make that dream a reality and booked an african hunting safari with Nick Bowker.

I chose to hunt with Nick because he runs a low-fence, free-range operation.

The second reason was the African hunting safari cost was unbeatable.”

“My wife and I decided to take our honeymoon to South Africa for 2 weeks.

We got the opportunity to stumble across Nick’s website while planning, and he was one of the few Professional Hunters that offered single day hunting.

Outside of the other great African hunting safari packages that he has advertised.

Nick and his brother greeted us at the airport and took the short 2-hour drive to his family farm.

While I was after Kudu, my wife had never shot a rifle outside of two rounds at a target more than a decade ago.”

“Armando was back with his wife Roberta for their fifth African hunting safari.

Previously Armando had made hunting trips to Namibia, the Limpopo region, and the Eastern Cape.

Armando was looking for high-quality Lechwe, Nyala, Waterbuck, and Bushbuck trophies in a free-range environment.

I was on hand to meet Armando and Roberta at the Port Elizabeth airport after their long trip from Italy and drive them back to the lodge.”

“Rob Bowker collected us from the airport in Port Elizabeth.

I was returning for a 2nd African hunting Safari with Nick Bowker.

After having an excellent previous experience with Nick, I was keen for our next adventure.

I was keen to bring my friend Andre for some free-range hunting in South Africa.

Nick is an Outfitter with more than 25 years of professional experience and had offered a fantastic 7 animal trophy package.”

“It was 7 years since our last hunting trip to the Eastern Cape South Africa with Nick Bowker Hunting.

I was with my buddy for our second trip with Nick. We wanted to go after some different animals this time.

We also wanted to hunt a few of the same animals as our first time in South Africa. On the last trip, we had had fantastic Kudu hunting.

In 2012, both of us took a Kudu, Mountain Reedbuck, Springbuck, Impala, Warthog, and Blesbok.

“While touring their quaint log home, Thomas showed us his African trophies.

You know one thing leads to another, and a year later, Thomas and I are on an airplane to Africa. Wild! My first African hunt.

Our host, Nick Bowker, and his brother Rob, rugged 5th generation South African “farmers” of English descent, were most gracious and met us at the “Oliver Tambo” Airport in Port Elizabeth in the Eastern Cape.

A small airport on the order of Colorado Springs.

Guns, ammo, luggage all right there and a great relief after nearly 24 hours of flight from Minneapolis, Houston, Atlanta, Johannesburg, and Port Elizabeth.”

How is hunting in Africa conducted?

Hunting in Africa is conducted “Safari Style,” where hunters drive around searching for plains game. When sighted, hunters stalk on foot.

Alternatively, hunting is from an elevated vantage point, and game is spotted in the thick brush and then stalked. Hunting with a Bow is conducted from hides overlooking watering points.